Plus the usual packaging and shipping costs

This is a blend of Cabernet Sauvignon and Merlot grapes from the 2019 vintage.
The light red wine, of a light ruby red color, has a pleasantly low alcohol content of only 12% vol. Delicate aromas of berries and fruits on the nose. A pleasant texture without heaviness in the mouth, goes well with light meals.

This wine is also available in small bottles with a 0.375 liter filling, Vintage 2019, – without a front label for those who want to stick their own labels. Price 5.70 euros / bottle.

We have had a front label designed for you, which gives you the opportunity to describe the label. Whether a short greeting, a thank you, a wish for the recipient – you can create your exceptionally personal gift.
We will send you unlabeled bottles (the back label is already stuck on – for legal reasons, it cannot be changed) and the empty front labels in one delivery (labels in an envelope) – and after you have designed the labels, you stick them on the bottles.

This label is designed for our small red wine bottles with a nominal capacity of 0.375 liters. The label has an area of 8 (W) x 10 (H) centimeters.
The label (see picture) has the 14-pointed star of the Church of the Nativity and the Holy Family in the title; in the lower field the relatively neutral indication “Wine from the Holy Land”. Vintage 2016;
Red wine blend made from more than 85% Cabernet Sauvignon grapes and a proportion of Shiraz grapes; a soft, round wine with nice berry aromas.

the Cantina Cana di Galilea was founded in 1996 by Amer Kardosh, Nazareth, in Kana (Kafr Kanna) in Galilee.

The decision to found a foundation in Cana is owed to the fact that in the tradition of the Gospel of John, in its 2nd chapter, the famous wedding of Cana is handed down at which, according to the Johannine tradition, Jesus performed his first public miracle. In addition, Jn 4,46 also reports on a second visit of Jesus to Cana and also mentions in Jn 21,2 Nathanael, a disciple of Jesus, who is only named in the Gospel of John, who comes from Cana.

Researchers do not agree on the historical location of the village at the time of Jesus. The Kana of today (Kafr Kanna), where there is both an Orthodox and a Roman Catholic “wedding church” and where the “House of Nathanael” can be seen, is the traditional location. The Roman Catholic Church was built in 1883 over the crumbling ruins of a former mosque built on the ruins of a 5th century Jewish synagogue.

But there are three other places that claim the wine miracle of Cana: Chirbet Qana, 14 kilometers north of Nazareth, Ain Kana, also near Nazareth, and Qana in Lebanon.

Excavations have shown that Chirbet Qana was from 1200 BC onwards. BC was a populated and later important place from which the entrance to Jotapata, a center of the Jewish uprising against the Romans and a refuge for the people who fled Jerusalem after the destruction of the temple, could be controlled. The German pilgrim Burchard, who traveled to Palestine from 1272 to 1282, locates the miracle here in his writing “Descriptio Terrae Sanctae”. Unfortunately there have not been any excavations here yet.

Excavations in Kafr Kanna let us know that the place was a significant place with a significant number of inhabitants in the time of Jesus. The archaeologist Yardena Alexander and her team not only found a large number of potsherds from wine jugs, as was common in Jesus’ time, during various excavations, they also found a significant ritual bath (mikveh), which indicates that those who fled and were expelled from Jerusalem Jews here who continued ritual cleansing, which was no longer possible in the temple. In addition, some excavation results suggest that Cana was home to a Judeo-Christian community early on. The first churches were built here in Byzantine times and later the Crusaders also built a church here. The Orthodox Church in Cana was built for the first time in 1551 and was replaced by a successor in 1886, although the reason for this is unknown. In the early 17th century, the historian Cuaresmius, who wrote his work “Historica, theologica, moralis Terrae sanctae Elucidatio” between 1615-1624, describes Kafr Kanna as the place of the wine miracle. What was particularly impressive, however, was an excavation just a few years ago when a large number of underground catacombs were excavated near Kafr Kanna with a capacity for many people, which suggests that the uprising of the Jews against Roman rule had been planned for a long time. carefully prepared and not a moment of spontaneous reaction.

The importance of Kafr Kanna becomes clear at another moment: the title of the Greek Orthodox Patriarch of Jerusalem, which reads in full: “Patriarch of the Holy City of Jerusalem and all of Palestine, of Syria, Arabia, Transjordan, of Cana in Galilee and Saint Zion ”.

Wine was a significant moment in daily life in Galilee in Jesus’ time, as was bread and olive oil. Tradition forced families who hosted weddings to celebrate several days, usually 7 days, and to store enough food and wine. The information about the size of the six stone jugs in John’s Gospel is not necessarily unhistorical. It is also interesting that in the days of Jesus a special wave of “joy in cultic purity” swept through the Jewish people. For this reason, large jugs were made out of stone, although it was far more strenuous and expensive than making them out of clay, because the stone, in contrast to clay, was considered to be more pure. The wedding described in the Gospel of John seems to have been a celebration in a socially superior environment, as not only guests from outside (Mary, Jesus and his disciples) were invited, but also a cupbearer and servants were available.

The miracle described in the Bible would like to explain several moments:

a.) It is an unnecessary miracle. Mary, the mother of Jesus, discovered a need because the wine had run out, but the words of the cupbearer to the bridegroom after the wine miracle make it clear that this need did not really exist: the guests were already drunk. Here one can discover a proximity to Psalm 23: 5: “You set the table for me in front of my enemies’ eyes. You anoint my head with oil, you fill my cup abundantly. ”Jesus is“ like ”God – he does everything for his people!

b.) Jesus is more than Moses: Moses only purified bad water into good, drinkable water; Jesus, on the other hand, turns water into wine.

c.) With Jesus and his first public appearance, the prophecy of Hosea (2.18ff) about the new communion between God and his people began: “On that day – the Lord’s saying – you will say to me: My husband! , and no more: My Baal! I make the names of the Baals disappear from their mouths so that no one calls out their names again. I make a covenant for Israel on that day with the animals of the field and the birds of the sky and with everything that crawls on the ground. I break my bow and sword, there is no more war in the country, I let them find peace and security. I trust you forever; I trust you to me for the bride price of justice and justice, of love and mercy, I trust you to me for the bride price of my loyalty: Then you will know the Lord. On that day – say the Lord – I will hear: I will hear the heavens and the heaven will hear the earth and the earth hears the grain, the wine and the oil, and these hear Jezreel. I sow them in my country. I have mercy on Lo-Ruhama (no mercy) and to Lo-Ammi (not my people) I say: You are my people !, and he will say: (You are) my God! ”

Viticulture has a long tradition in Palestine. Excavations prove wine cellars and presses in the second half of the 4th millennium BC. And in the story of the Egyptian Sinuhe from approx. 1200 BC. Palestine is famous for having more wine than water.

At that time it was quite common to mix wine with different spices a.) to improve the taste and b.) to better preserve the wine.

Since the alcohol content of the wine was often higher than it is today, wine was also served mixed with water. But since wine, in contrast to water, was a pure drink, the reference made by St. Paul in his 1st letter to his friend Timotheus should have a historically documented, well-intentioned background: “Don’t just drink water, but also take some wine , with consideration for your stomach and your frequent illnesses. ”

The fact that work in the vineyard is often mentioned in both the Old and New Testaments highlights the appreciation that wine production once enjoyed. It was known that it meant a lot of work to cherish and care for the vineyard and to develop it in the cellar: “I passed the field of a lazy man, the vineyard of an incomprehensible person: Look there, it was overgrown with thistles, its area covered with weeds, its stone wall torn down. I saw it and thought about it, I looked at it and drew the lesson from it: sleep a little more, slumber a little more, cross my arms a little more to rest. Poverty comes upon you like a rascal, misery like an obtrusive beggar. “(Prov. 24:30ff)

In the days of Jesus, wine was always a popular gift and it was part of the wages of the artisan. 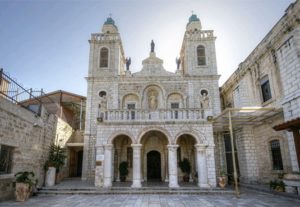 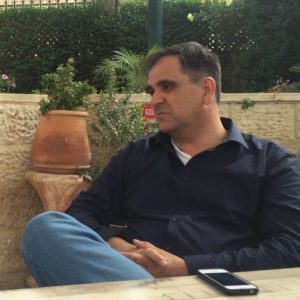