The place Latrun is located about 15 km west of Jerusalem in the Ajalon Valley, which has always been of strategic importance throughout history. The origin of the name is not certain. It is probably a falsification of “Le toron des chevaliers”, a crusader castle, the remains of which can still be seen nearby.
At Latrun, the road that comes from Tel Aviv splits into two directions, both of which lead to Jerusalem: one via Sha’ar HaGai (today the main route between Tel Aviv and Jerusalem), the other runs north of it via Beit Horon.

In the area of Latrun is said to be in the 13th century BC. The battle of Joshua Ben now took place against five Amorite kings. According to biblical tradition, Joshua called the sun to stand still so that the fight could still be victorious on the Friday before the Sabbath. “Sun, stand still by Gibeon, and moon, in the valley of Ajalon. Then the sun stood still and the moon stood there until the people took revenge on their enemies ”- Joshua 10: 12-13.

During the War of Independence of 1948, one of the bitterest battles between Israelis and Arabs for control of the road to besieged Jerusalem took place here.

The Trappists are a Roman Catholic monastic order that emerged in the 17th century as a branch of reform within the Cistercian order. Since 1903 the name “Order of the Cistercians of the Strict Observance” (lat. Ordo Cisterciensis Strictioris Observantiae, short: OCSO or Ordo Cisterciensium reformatorum, order abbreviation: OCR), today therefore officially “Cistercian Order of the Strict Observance”. Those Trappists who still obey the traditional rule belong to the ascetic orders of the Catholic Church. Your daily routine includes prayers, reading, and handicrafts. They eat, sleep and work in complete silence and do not eat meat, fish or eggs. The founder, De Rancé, also banned all intellectual activity; on the other hand, today’s Trappists encourage scholarship.

The costume of the Trappists is comparable to that of the Cistercians: white habit, black shoulder wrap (scapular) and the white monk’s cowl as choir clothing; Trappists wear a leather belt instead of the black cloth band (the cingulum) of some Cistercians.
The Trappists lead a contemplative life with a strict enclosure. As a rule, they do not have any pastoral duties outside of the order.
A strict asceticism, especially in the form of silence and penance, was characteristic of the Trappists. After the Second Vatican Council, however, these ascetic rules were toned down many times.
Worldwide the order now has 101 male monasteries with around 3000 monks and 70 female monasteries with around 1800 nuns. This means that the number of monasteries has more than doubled in the last 60 years, while the number of members has decreased by a seventh. Traditionally, prayer, reading and physical work determine the daily rhythm of the monks. Seven times a day the monks gather for the hours of prayer in the monastery church or in the oratory.

The trapist monastery in Latrun was damaged only a few years ago by an arson attack by right-wing settlers. 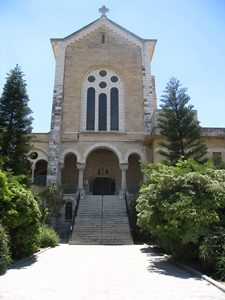 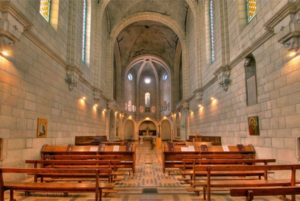 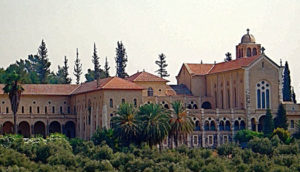